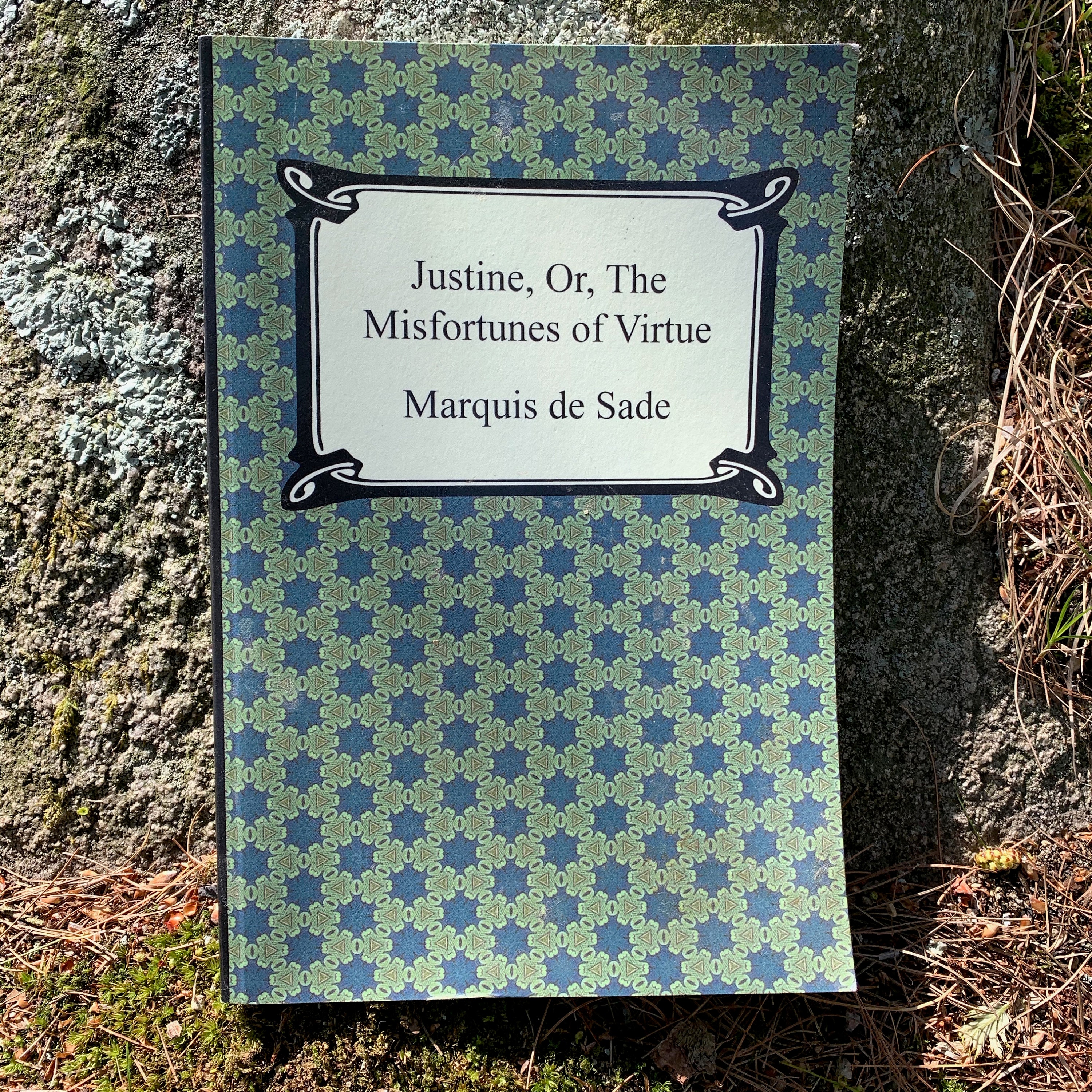 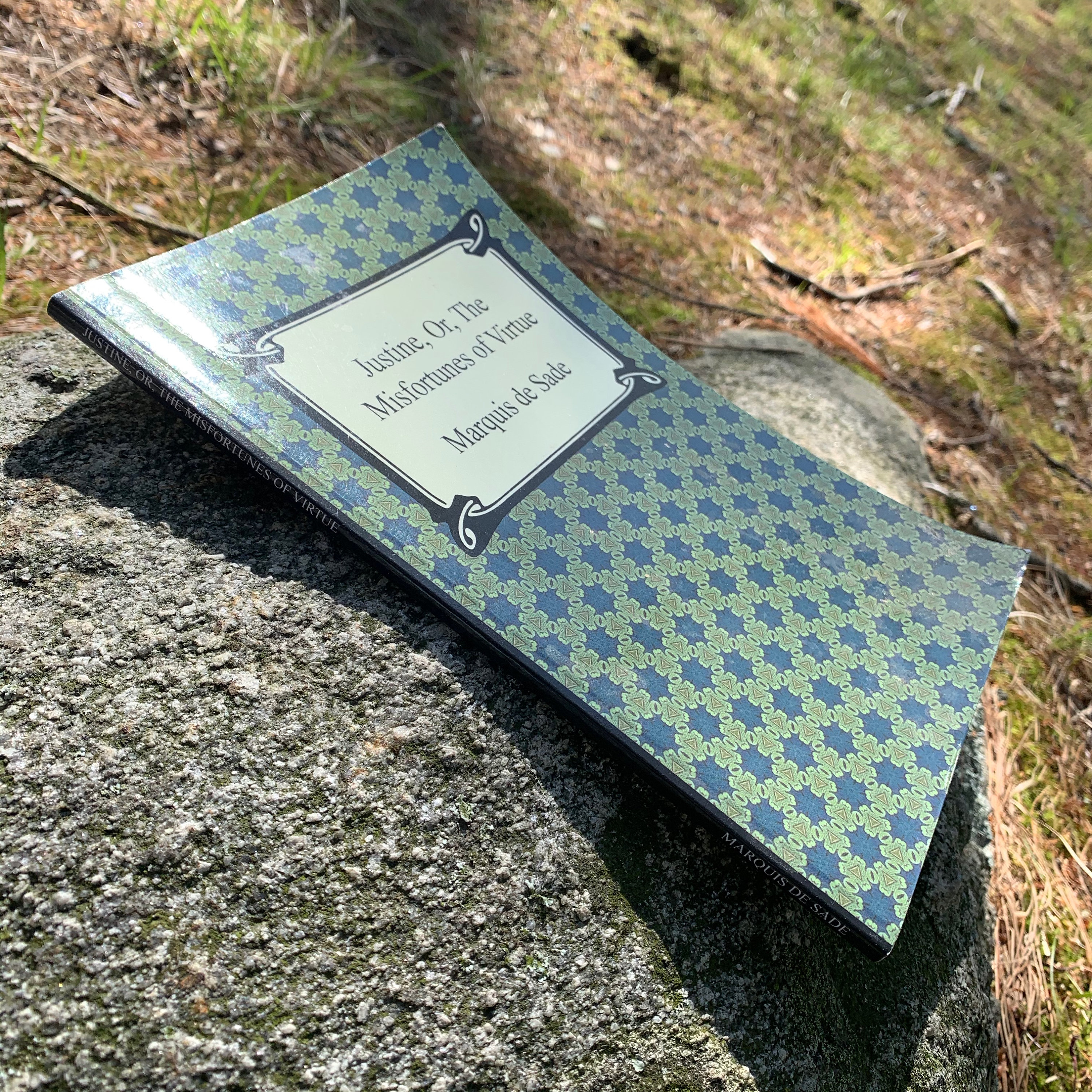 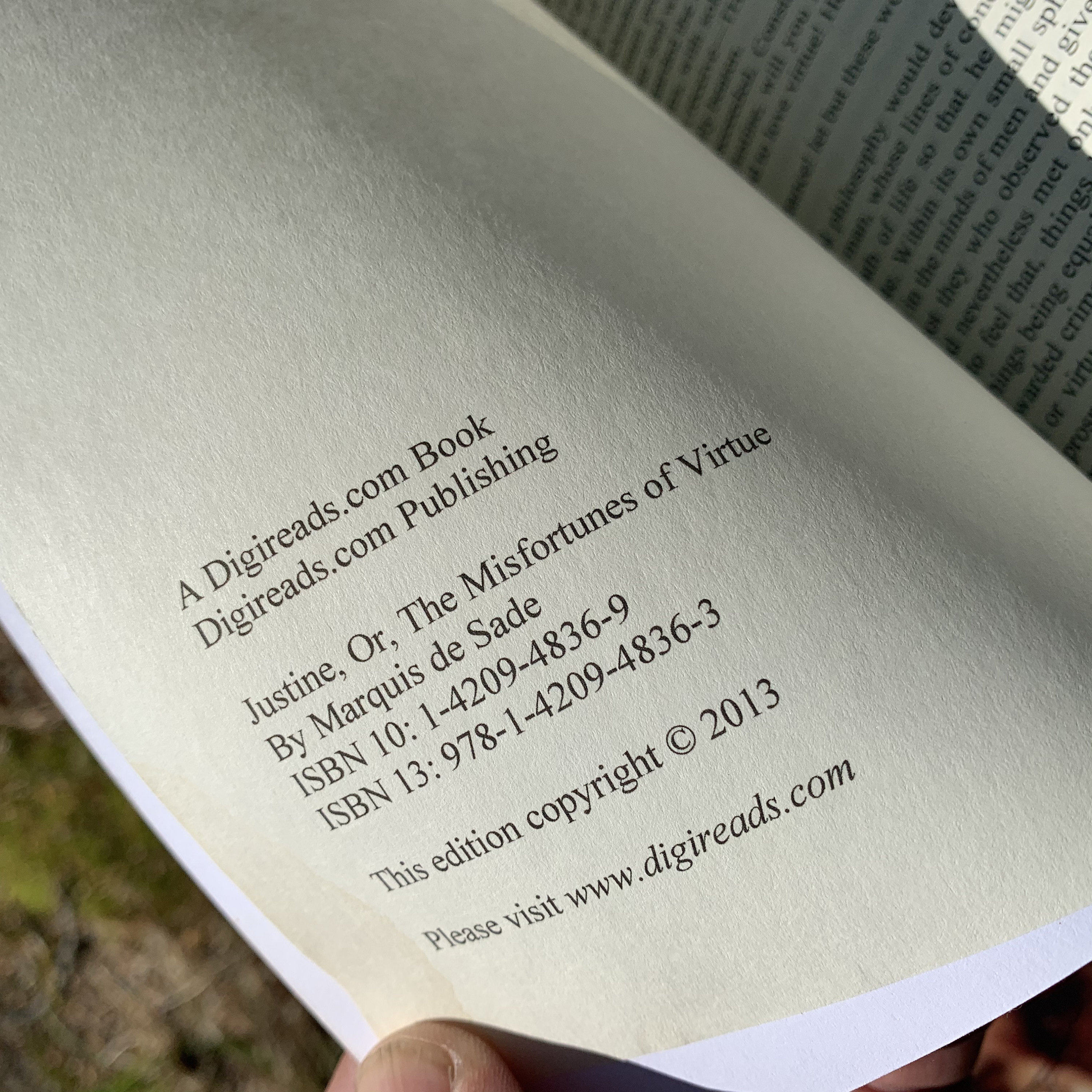 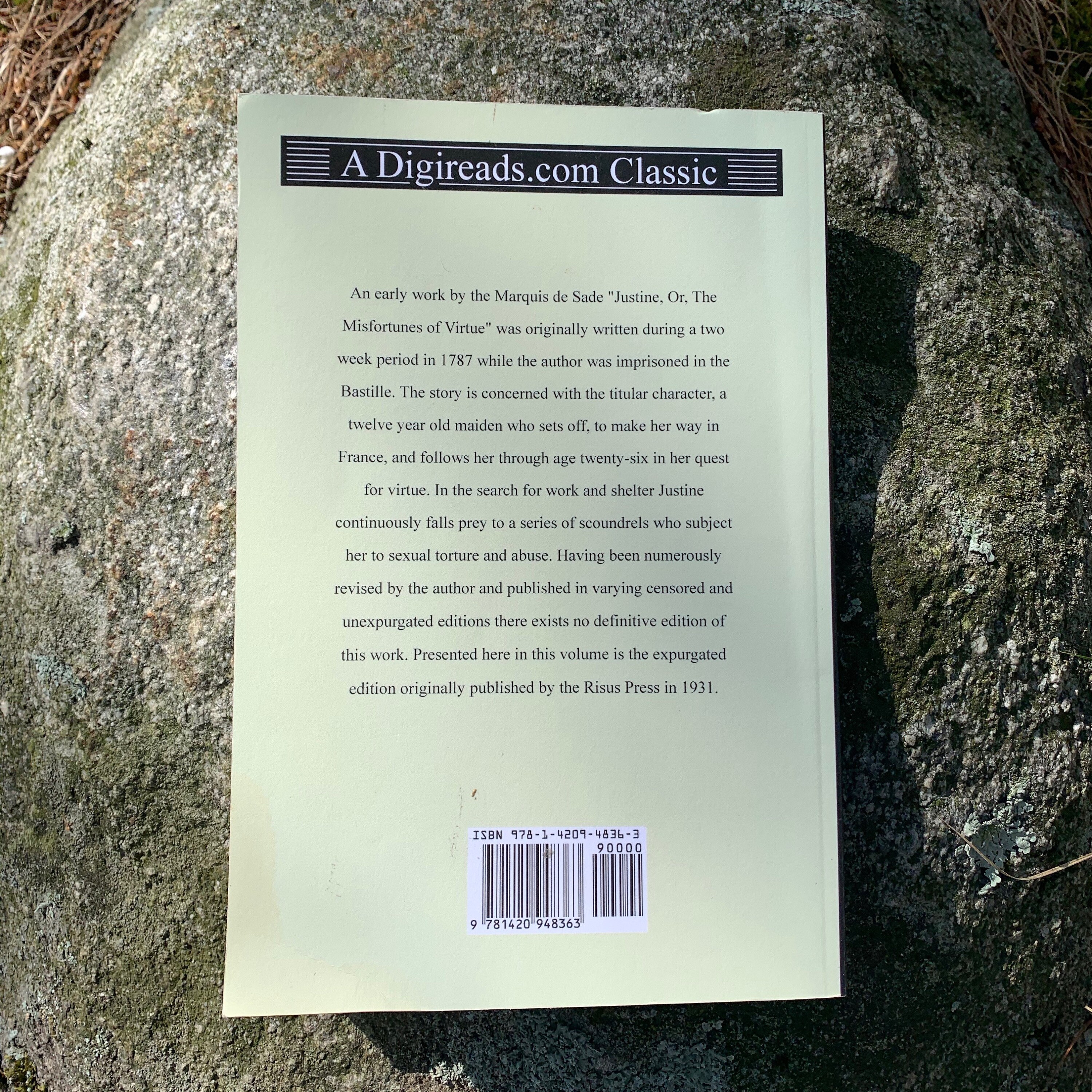 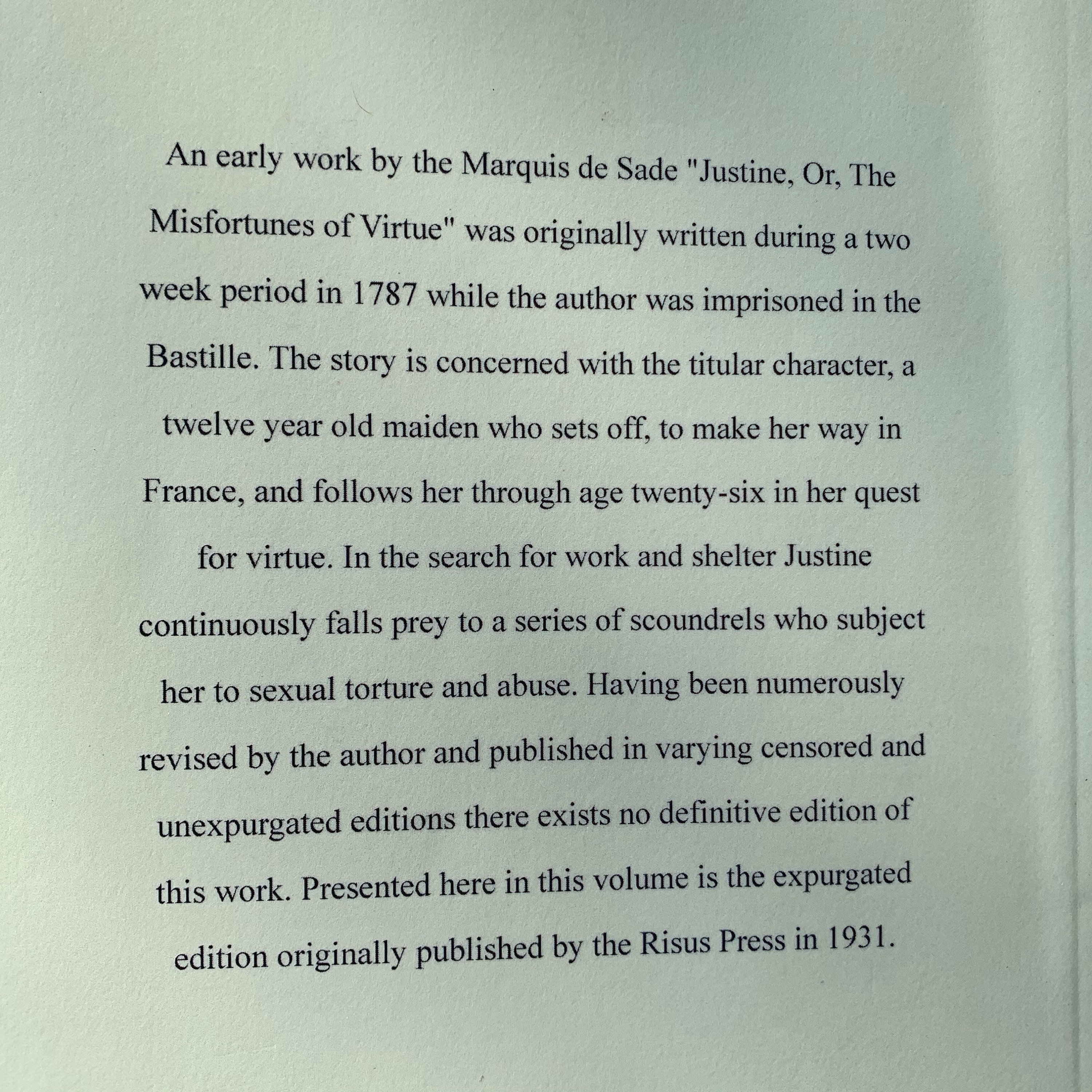 Justine Or The Misfortunes of Virtue

An early work by the Marquis de Sade "Justine, Or, The Misfortunes of Virtue" was originally written during a two week period in 1787 while the author was imprisoned in the Bastille. The story is concerned with the titular character, a twelve year old maiden who sets off, to make her way in France, and follows her through age twenty-six in her quest for virtue. In the search for work and shelter Justine continuously falls prey to a series of scoundrels who subject her to sexual torture and abuse. Having been numerously revised by the author and published in varying censored and unexpurgated editions there exists no definitive edition of this work. Presented here in this volume is the expurgated edition originally published by the Risus Press in 1931.

Good Condition - Some of the pages have a very light stain in the bottom right corner, not dark, and not in the lettering


WE HAVE TONS MORE AT StrangeRains.Com