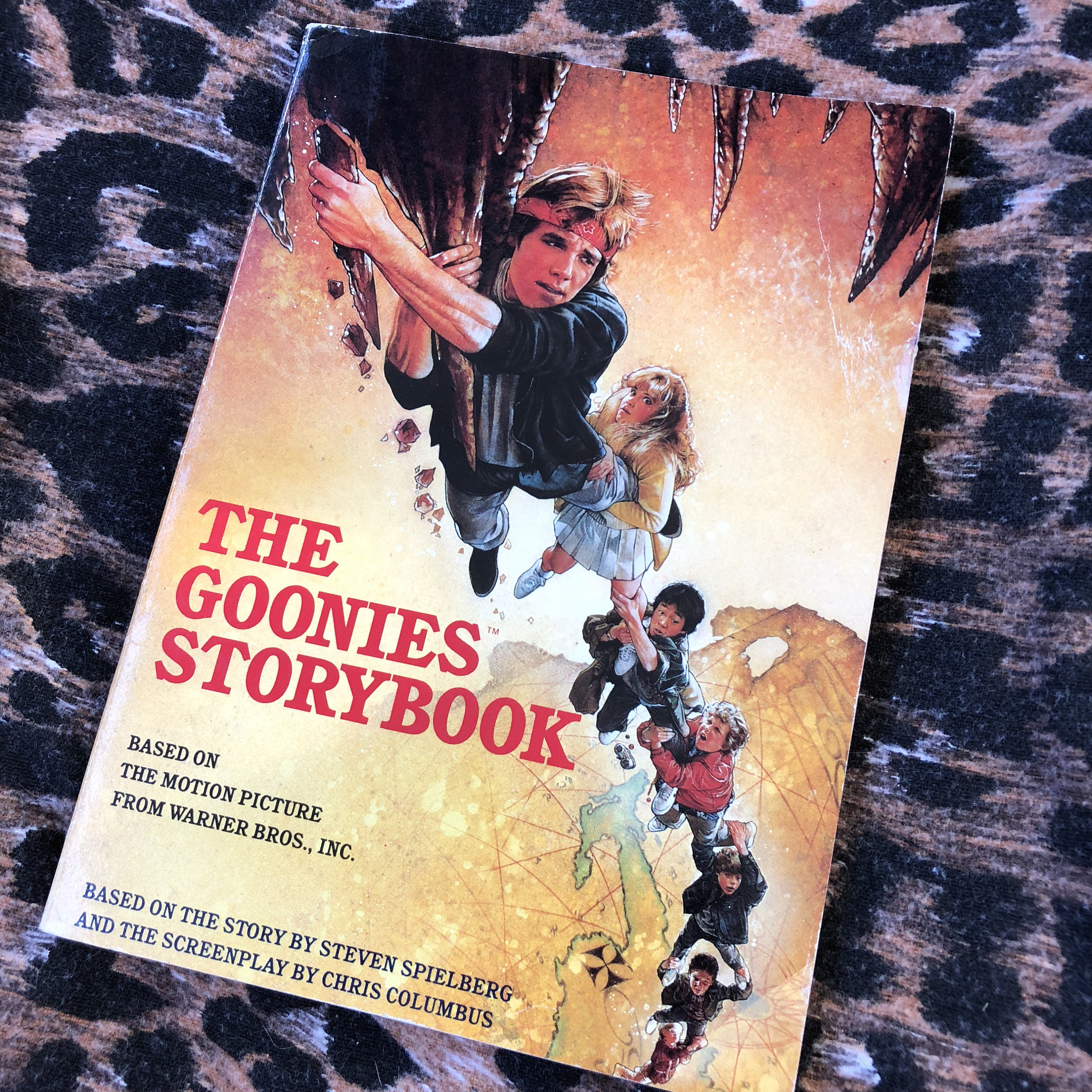 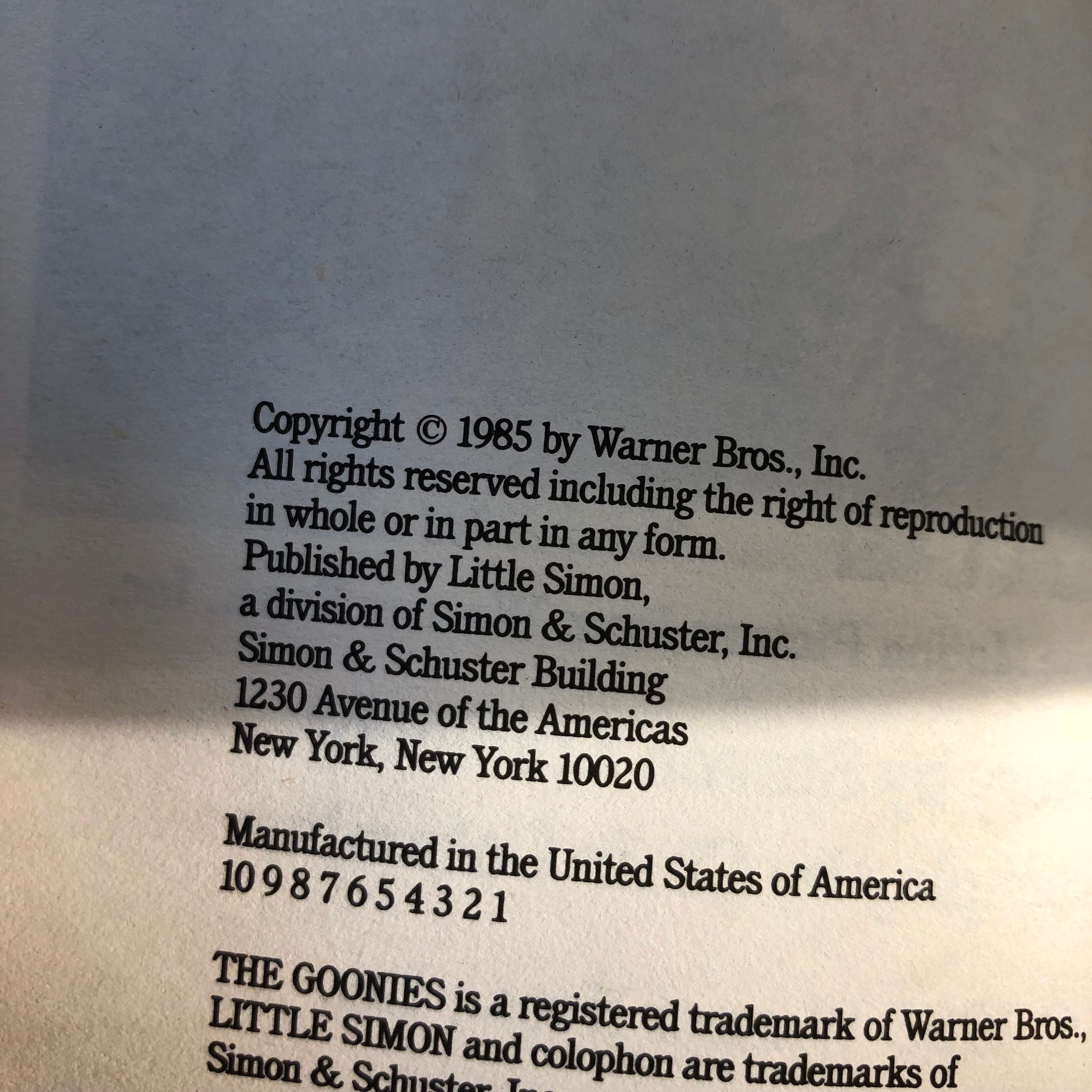 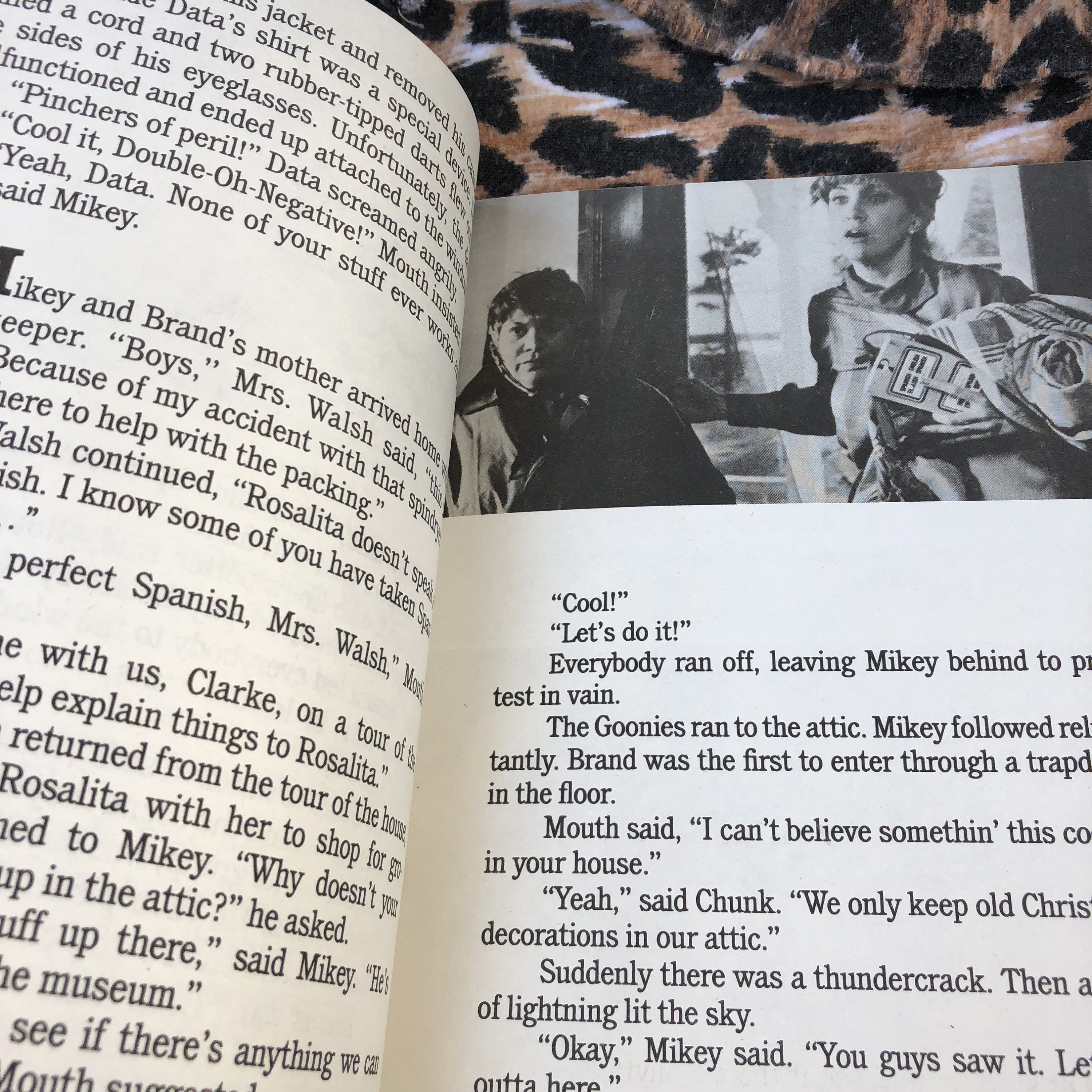 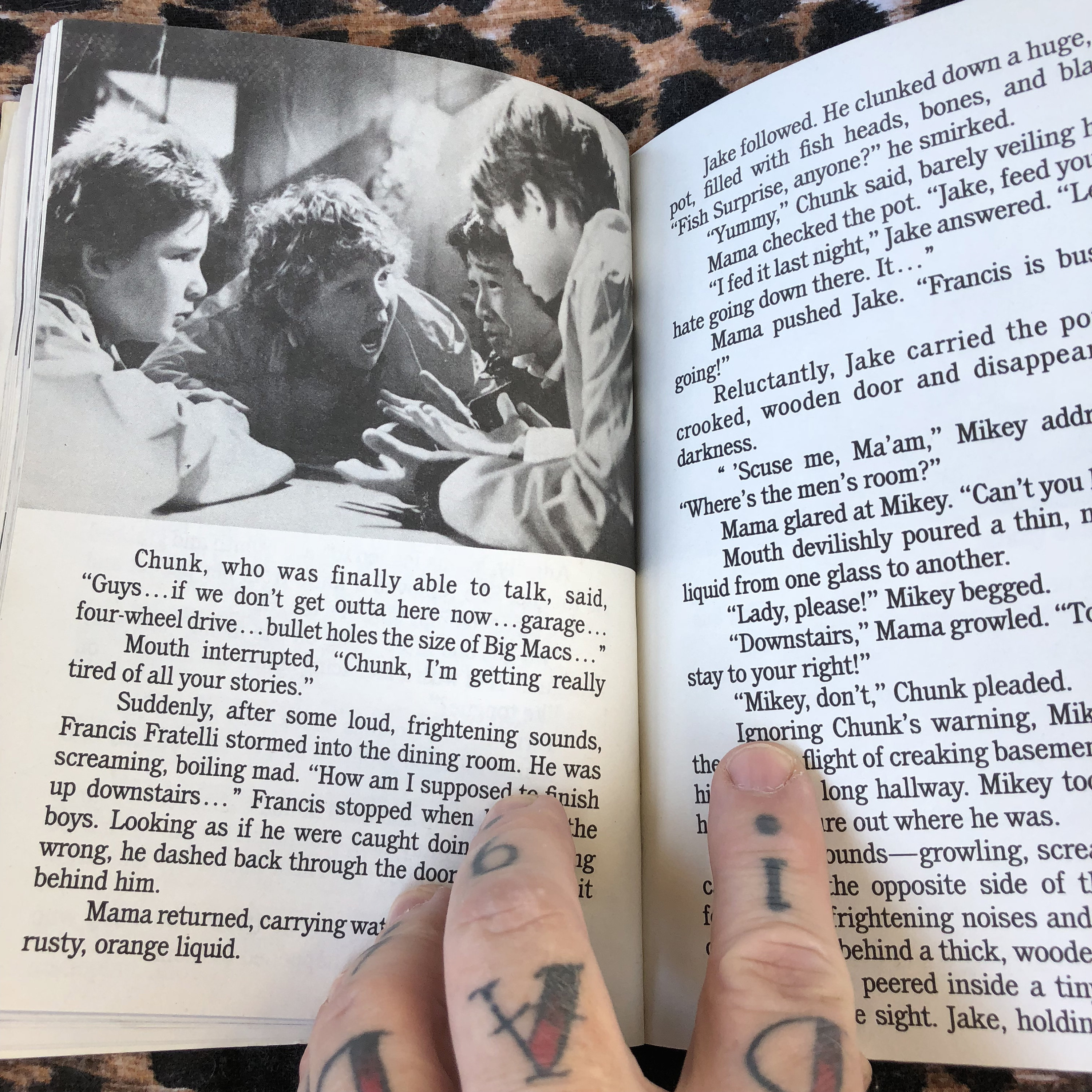 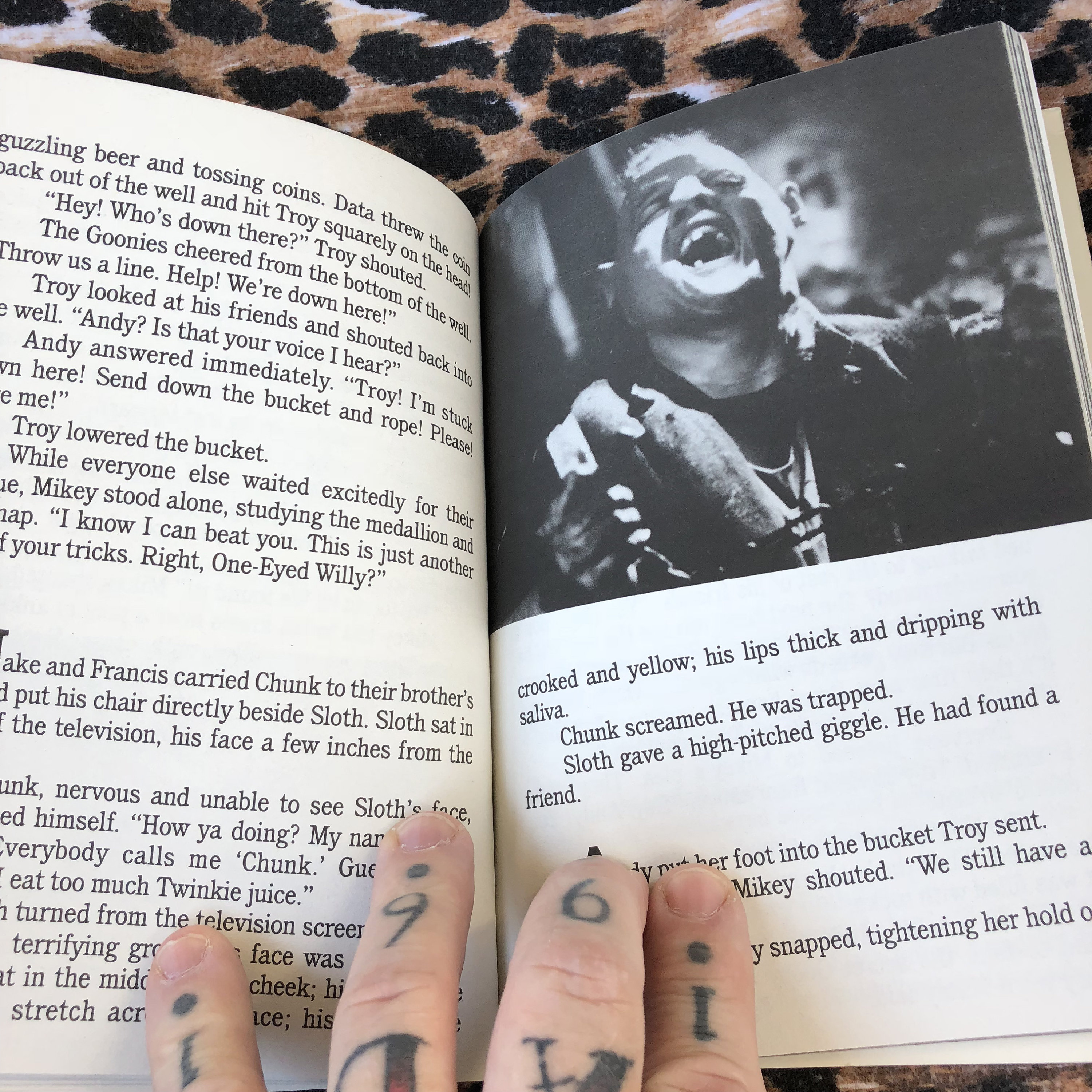 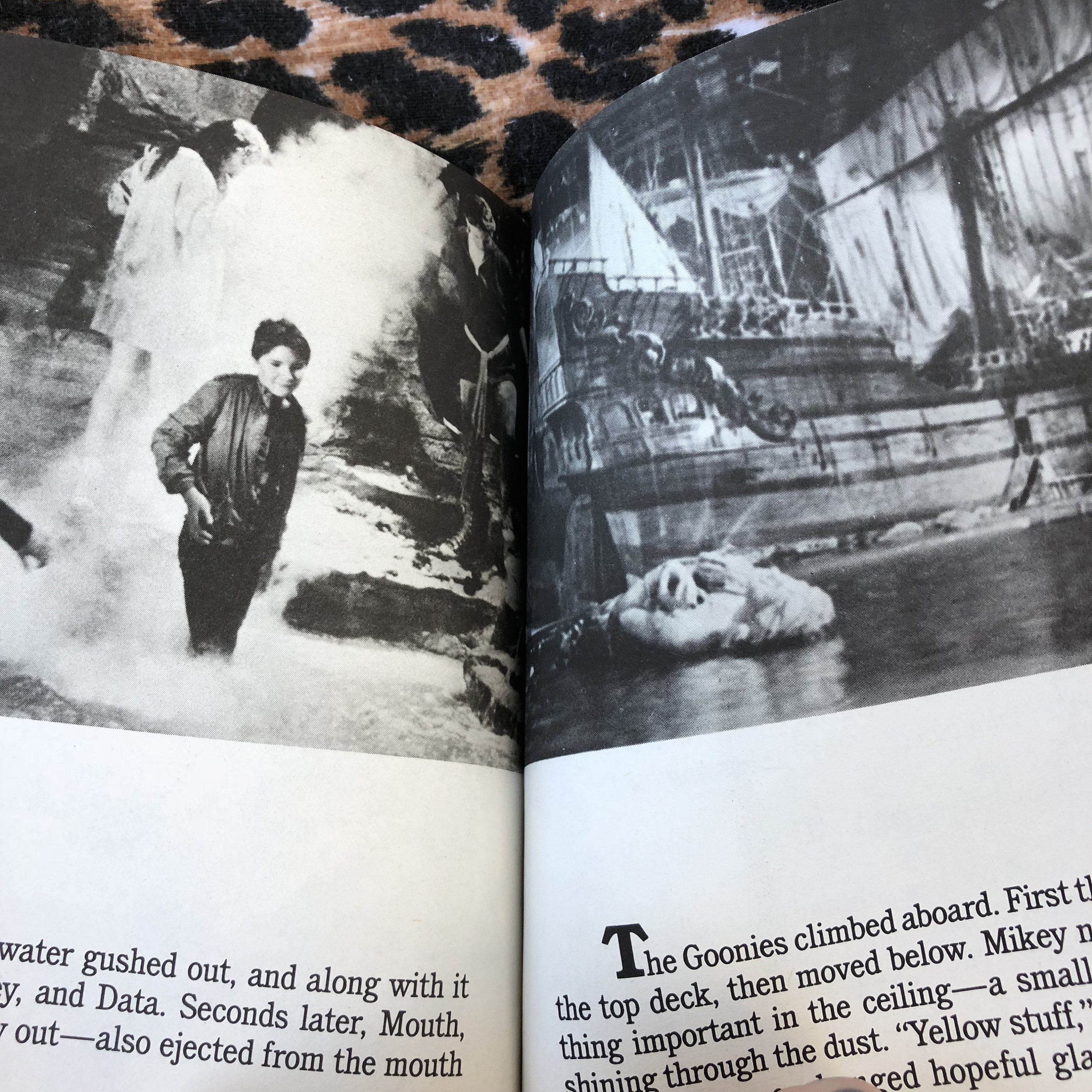 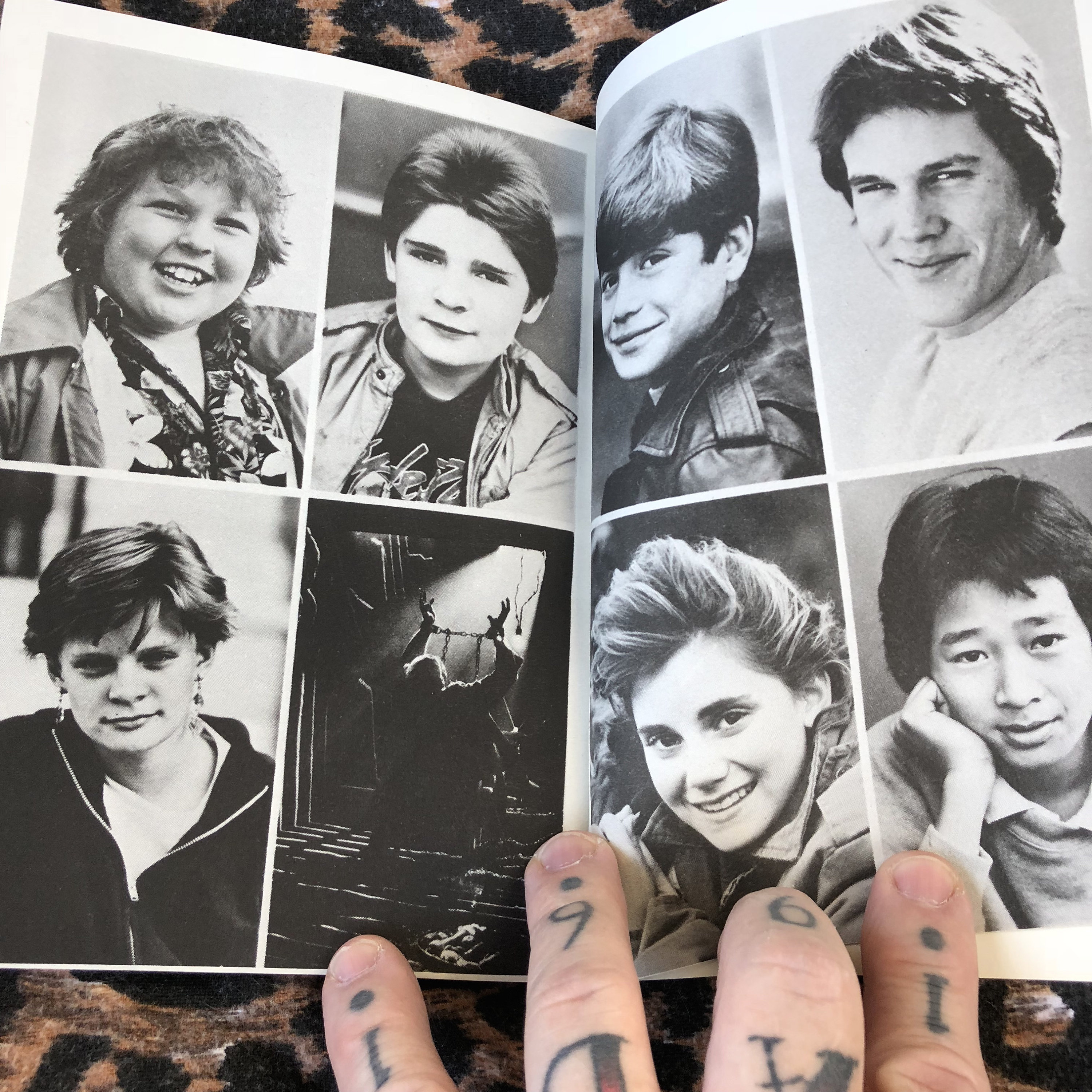 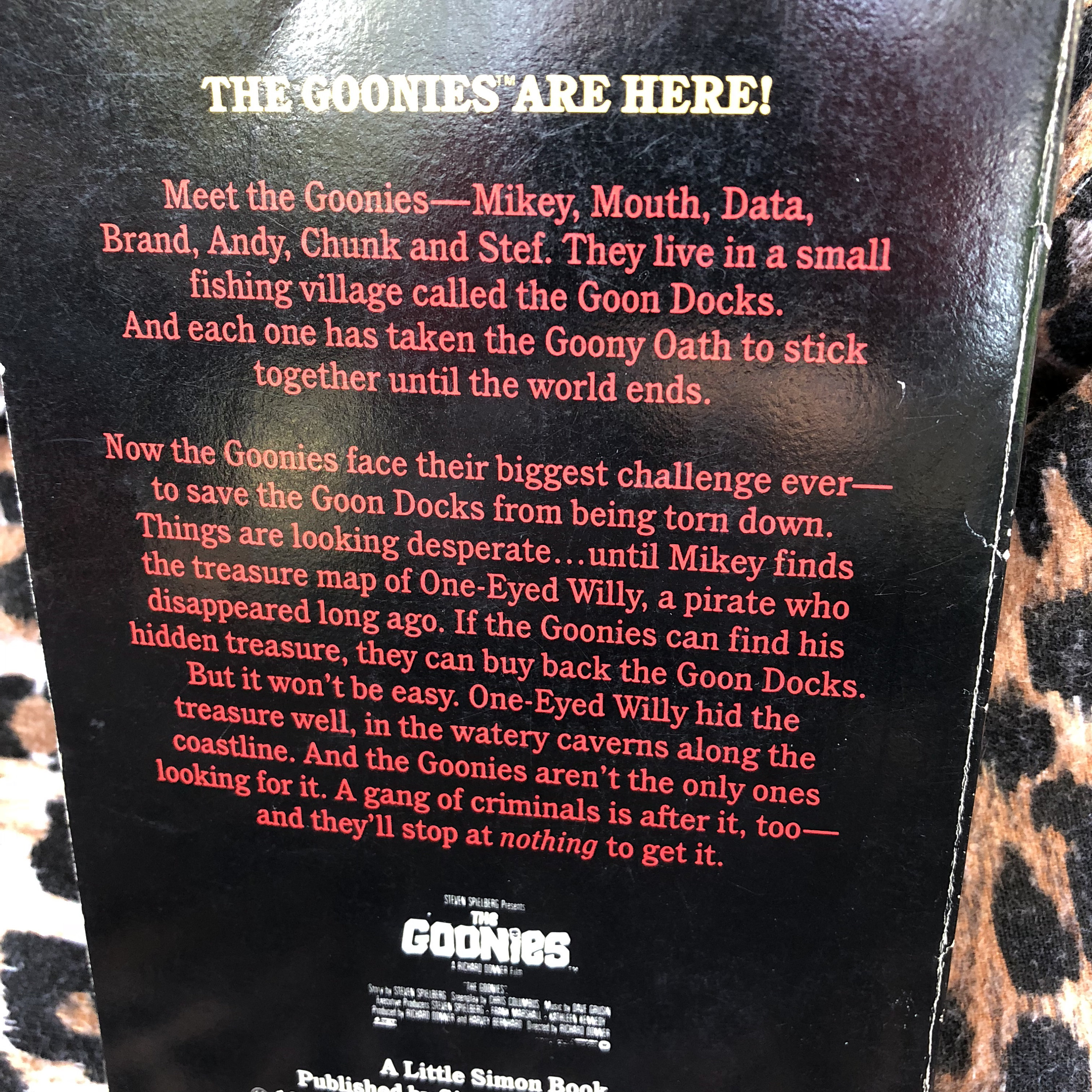 Meet the Goonies -- Mikey, Mouth, Data, Brand, Andy, Chunk, and Stef. They live in a small fishing village called the Goon Docks. And each one has taken the Gooney Oath to stick together until the world ends. — Now the Goonies face their biggest challenge ever - to save the Goon Docks from being torn down. Things are looking desperate ... until Mikey finds the treasure map of One-Eyed Willy, a pirate who disappeared long ago. If the Goonies can find his hidden treasure, they can buy back the Goon Docks. But it won't be easy. One-Eyed Willy hid the treasure well, in the watery caverns along the coastline. And the Goonies aren't the only ones looking for it. A gang of criminals is after it too - and they'll stop at nothing to get it

Some yellowing of pages due to age / small crease on cover