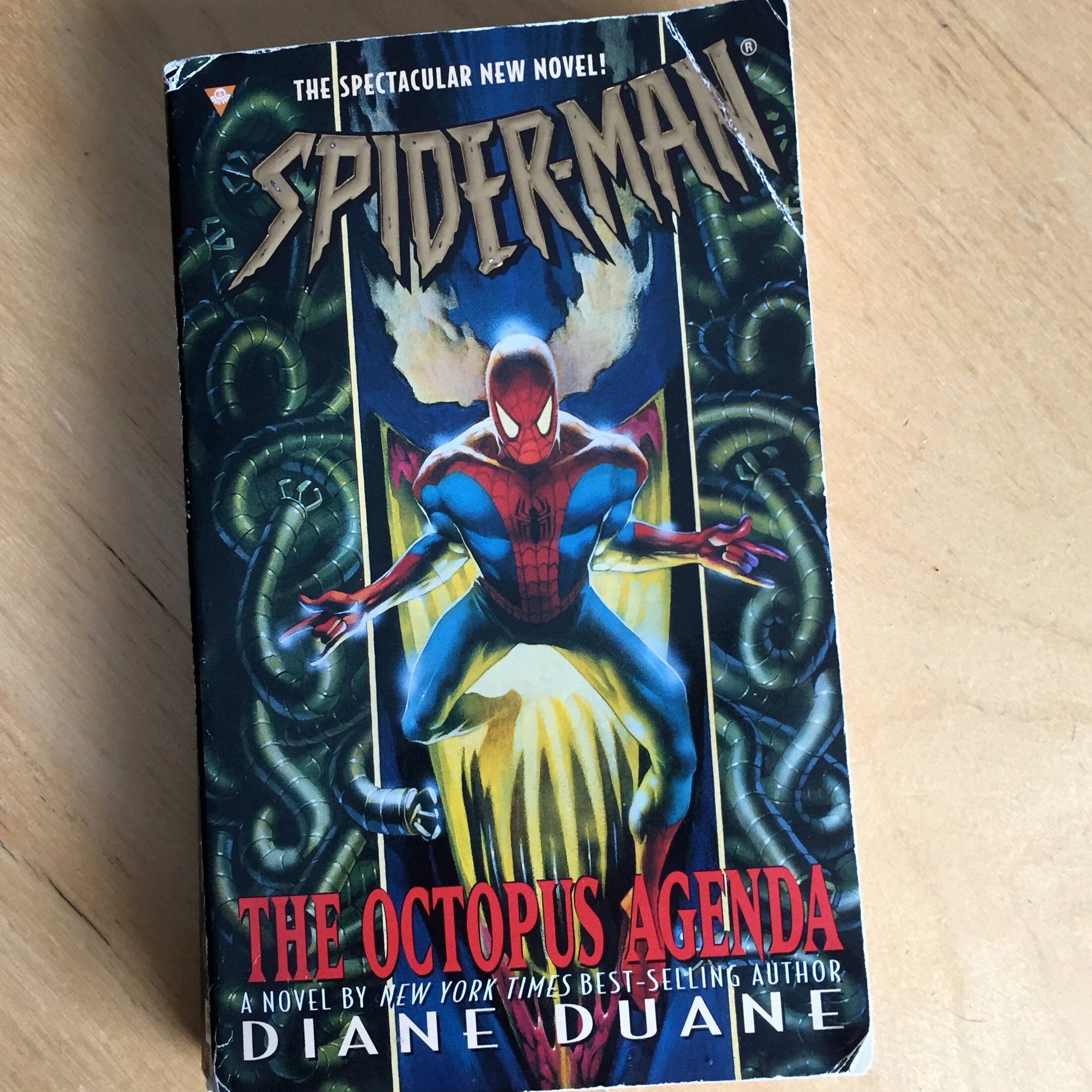 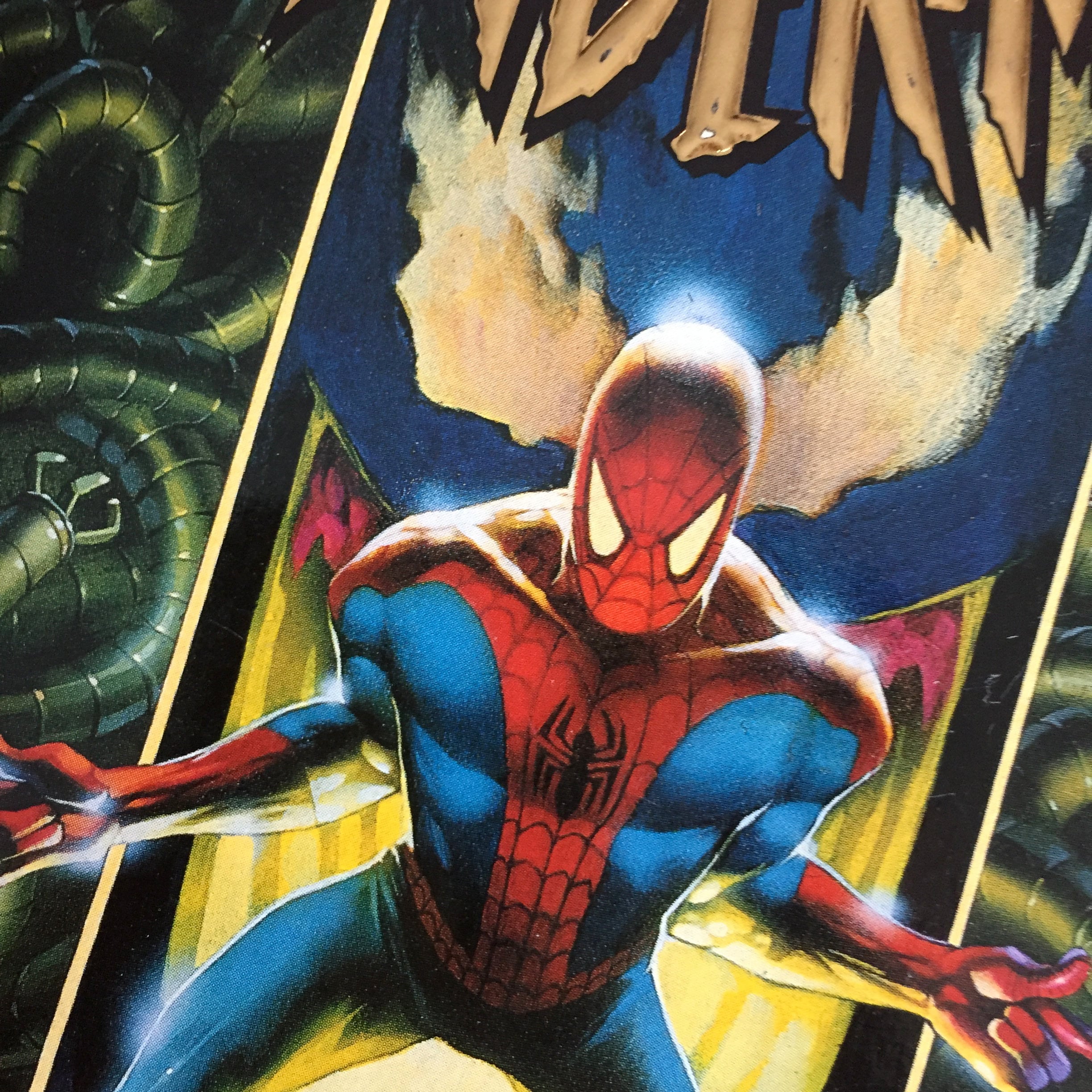 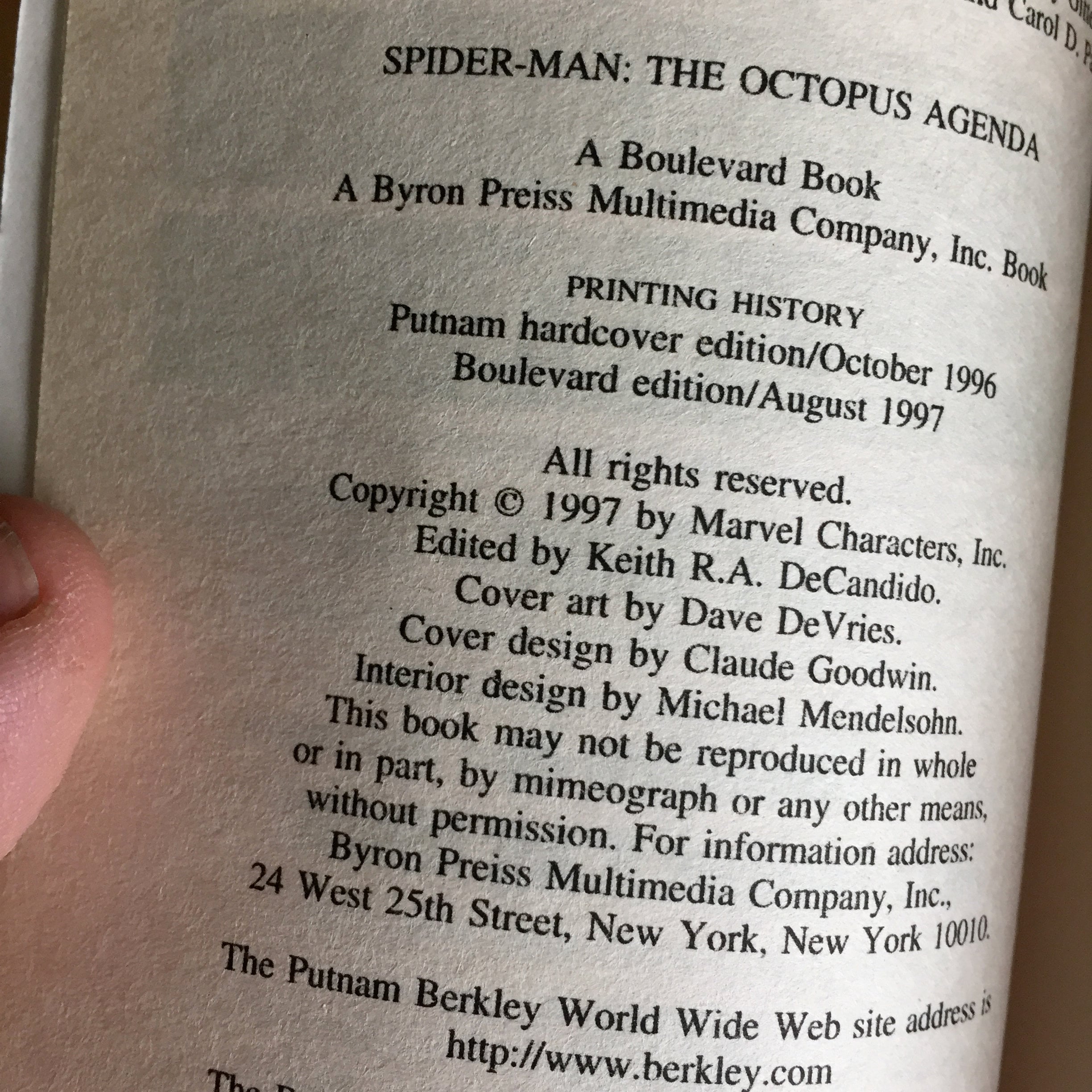 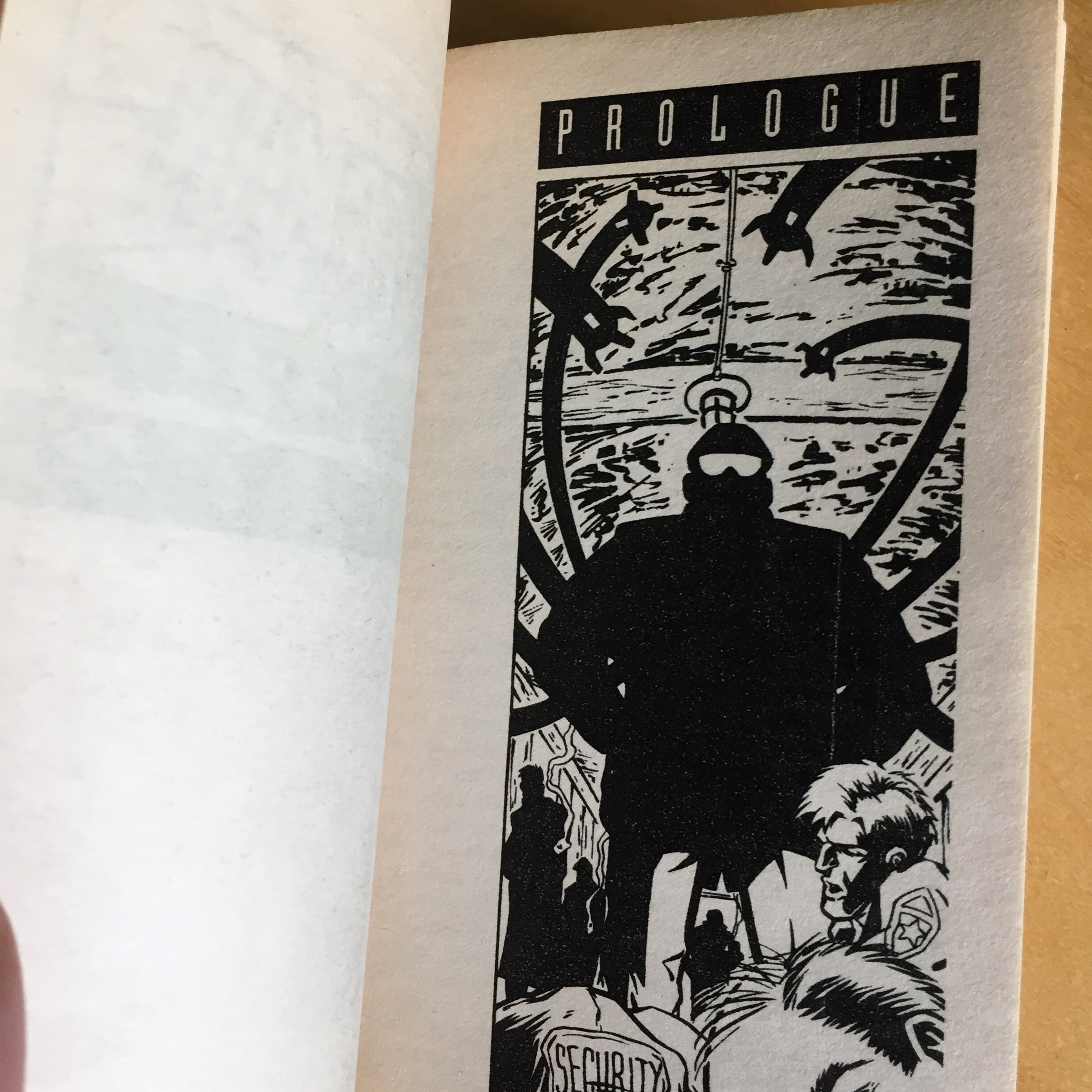 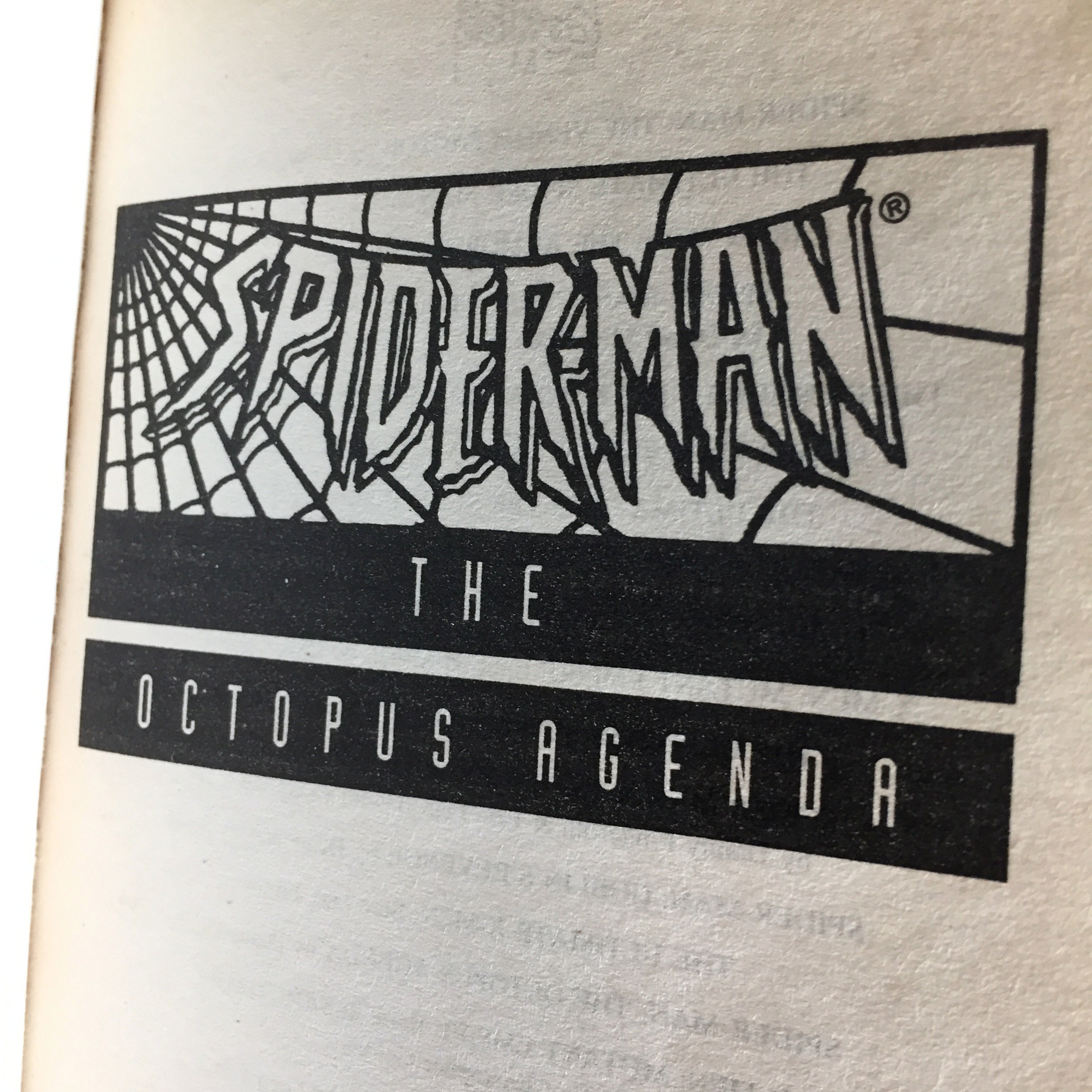 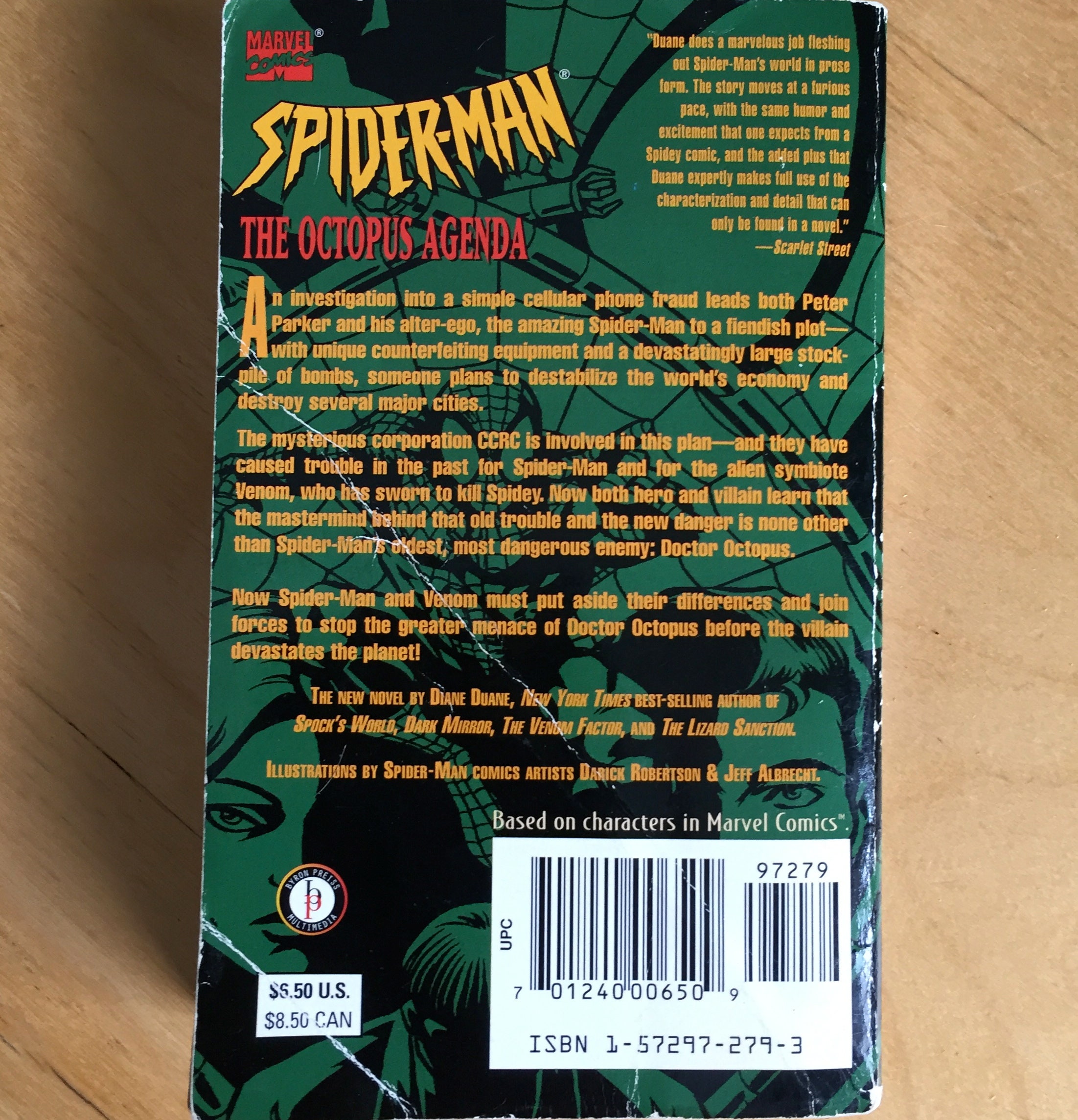 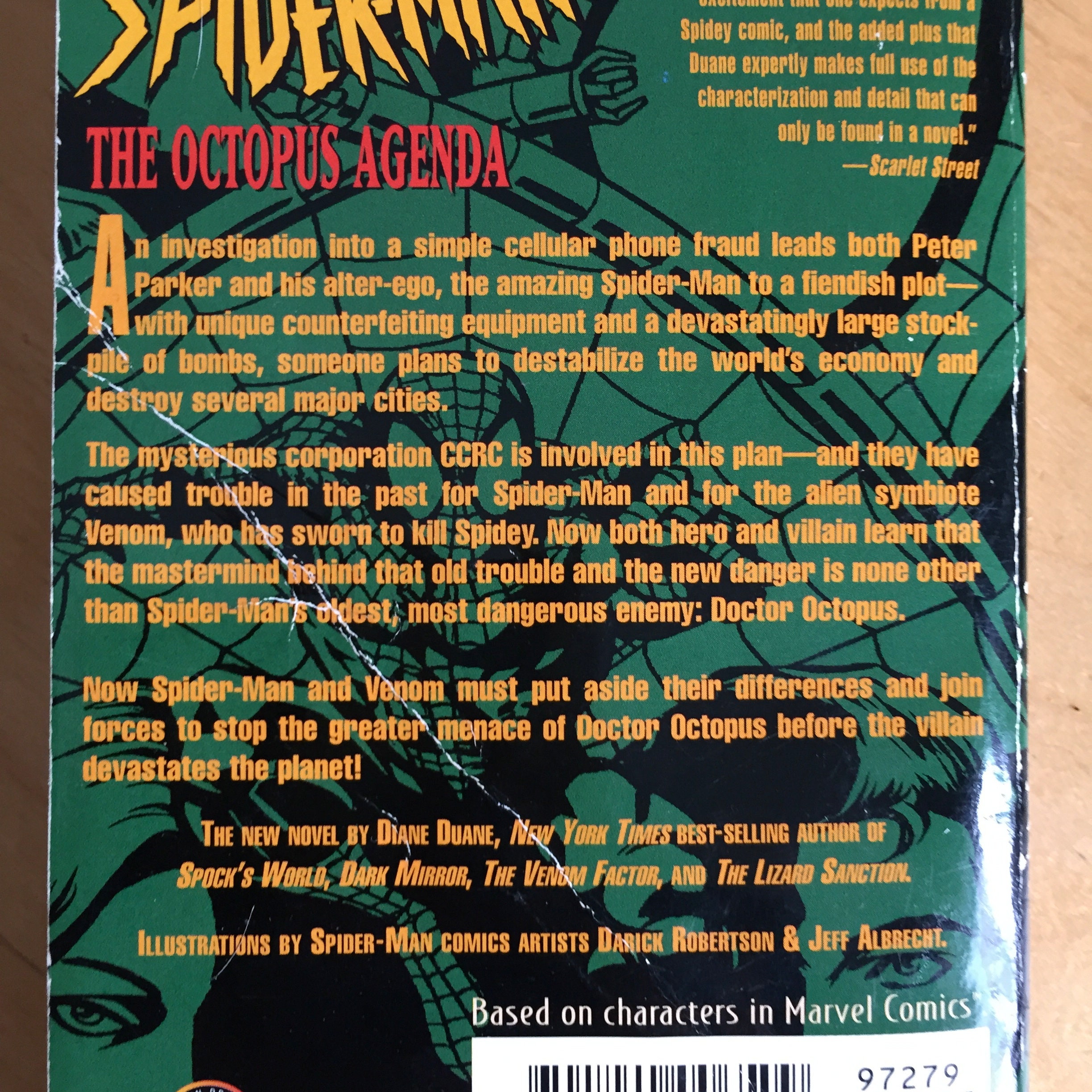 Book has some milage on it,but still has plenty of reads left!

Some creases on back cover,and yellowing pages due to age


An investigation into a simple cellular phone fraud leads both Peter Parker and his alter-ego, the amazing Spider-Man, to a fiendish plot: with unique counterfeiting equipment and a devastatingly large stockpile of nuclear bombs, someone plans to destabilize the world's economy and destroy several major cities.
The mysterious CCRC corporation is involved in this plan - and it has caused trouble in the past for Spider-Man and for the alien symbiote Venom, who has sworn to kill Spidey. Both hero and villain soon learn that the mastermind behind that old trouble and the new danger is none other than Spider-Man's most tenacious, most deadly enemy: Doctor Octopus.
Now Spider-Man and Venom must put aside their differences and join forces to stop the greater menace of Doctor Octopus, before the villain devastates the planet!